Install App for St George website on your phone 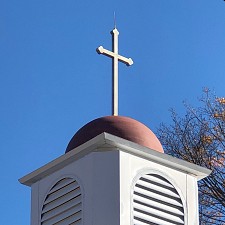 Hopefully you have noticed the St. George website was recently upgraded (October 2019).

Most of the visible or aesthetic changes are noticeable on the Home page.  One of the reasons for the upgrade is to allow the website to better perform with mobile devices (smart cell phones, tablets).  If you do not own a mobile device, no need to worry, the website is still 100% functional and usable on desktop and laptop PCs.

The reason for the change now is users are generally not purchasing desktop or laptop PCs any longer, the move to mobile devices is significant and greatly surpasses fixed devices.  Mobile phones greatly outnumber tablets and are the highest owned mobile device in the world by a large margin.

The upgraded St. George website is designed to automatically reformat properly to the device accessing it.  The look is slightly different, but it is sharp looking and functional whether you are on a large desktop screen, a laptop, a tablet, or a smart mobile phone.

One of the conveniences of mobile devices are that applications (apps) are quickly accessed through icons or tiles located on the device’s Home screen.

Users generally get their applications at the online Google store (called Google Play) or the Apple Store.  Applications that are sold through the Apple or Google stores are called native apps.

Some of the reasons we did not develop a native application for the St. George website is we would have to develop one native app for Android and a second native app for iOS.  Additionally one needs to pay annual fees to be in those stores.

There is a way to get an application to work on a mobile device without paying to be on these stores, and that is through a Progressive Web App or PWA.   One difference is a PWA must use the operating system’s web browser to deliver the website.  A native app opens directly to the website.

For those who have a smart mobile device, we have a PWA for the St. George website.

The Android OS is more supportive of PWA’s and generally work very well. The initial testing we completed with Android has been successful.

Apple generally is not known to support PWAs, and that PWA’s have been known to be a little “buggy” on the iOS platform.  The testing of the St. George PWA we conducted on some Apple phones was successful and seems to work well, to be stable.  The testing we completed was on iOS versions 12.2 and above. The literature says that iOS Version 11.3 is the minimum platform to use with success in use. The most current version of iOS is Version 13 which came out in September 2019.

The PWA graphic will match the attached above photograph, and will have a label "StG Trumbull".

To obtain instructions to install the St. George PWA (App) on your mobile device, please click onto one of the following links for your appropriate OS: