On Sunday, June 26th, we commemorated All Saints of America.  Uniquely special for this day, located at the center table, Fr. Sergei brought in his icon of Saint Herman containing his relics. Saint Herman’s relics are enshrined in a small reliquary at his feet (at the bottom of the icon). Click onto the more information link below to view a larger photo and read additional information about the icon. 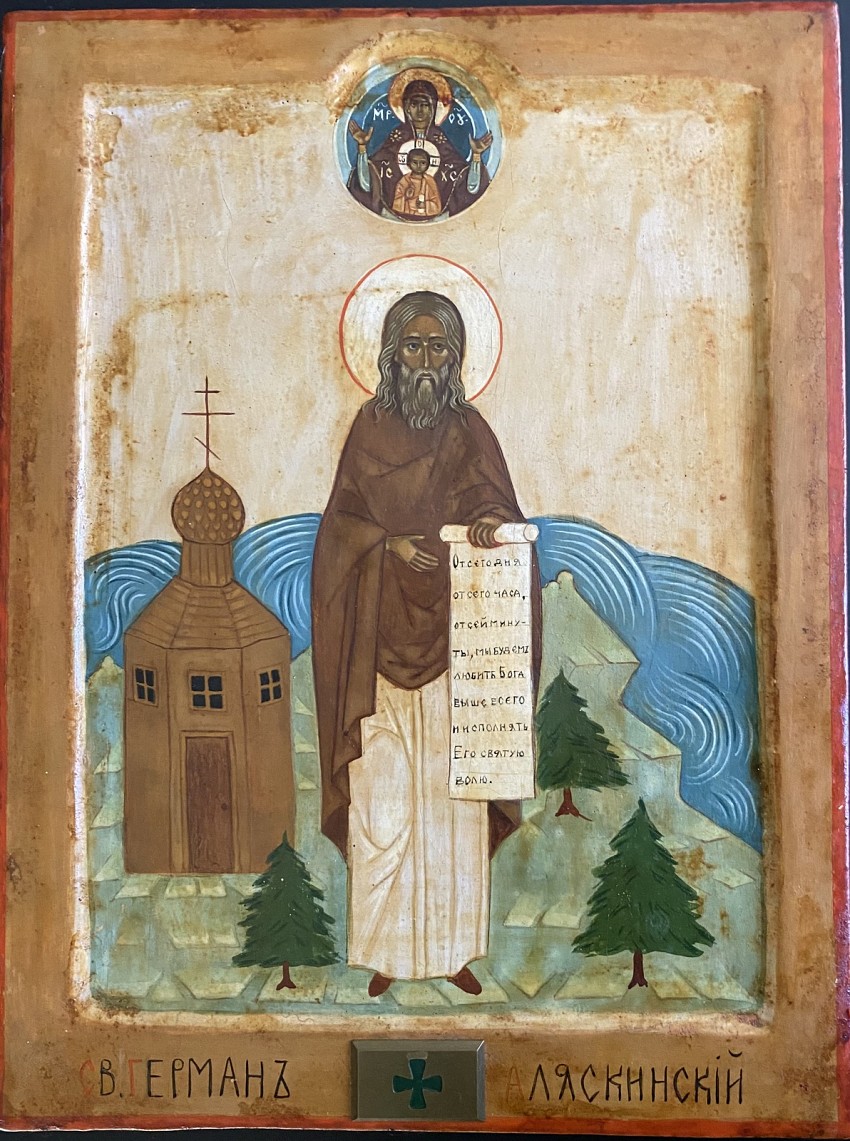 Saint Herman on his Spruce Island. In his hands, a scroll which contains his well-know quote:  From this day, from this hour, from this moment, let us strive to love God above all and seek to accomplish His Holy Will. Saint Herman’s relics are enshrined in a small reliquary at his feet.

Notes on the history of the icon:

Fr. Sergei served as a missionary in Alaska (based in Sitka Alaska) from 1969 to 1970, and returned to Alaska in 1971 to serve as a missionary on the Pribiloff Islands. Fr. Sergei participated in the canonization services of Saint Herman in August 1970. The relics came as a gift by then Bishop Theodosius of Sitka (he later became Metropolitan Theodosius). The icon was commissioned by Fr. Sergei’s family to enshrine the relics.

Connect below to view a Live Stream of our services from our Facebook page:

Sermon from Sun, Sept 25th - located in the Divine Liturgy recordings on our Facebook page